A city that is mainly made up of people between the age of 20-35, relativity fit, that ride bike, and all look the same (at least to me).  I think that is where the similarities end, with the biggest difference being the smog.  I read about the smog, but I didn’t think that it would actually be as bad as it was.  The smog limits visibility to less then a mile and if you look at something 20 yards away there is a slight haze to it.  I have actually found that photos look clearer then it actually is.

It was nice being able to lounge on the airplane

A sunny day in Beijing

So far the trip is going great.  We had a guide names YoYo (the unfortunately her name isn’t pronounced like it is spelled and she is a staggering 4’11ish).

There are a ton of bikes and single speeds seem to be all the rage.  The thing is the models range between 1951 and current vintage and all of them are in need of a tune.  Don’t worry if you get a flat though because a full service flat change costs a stagger $0.36 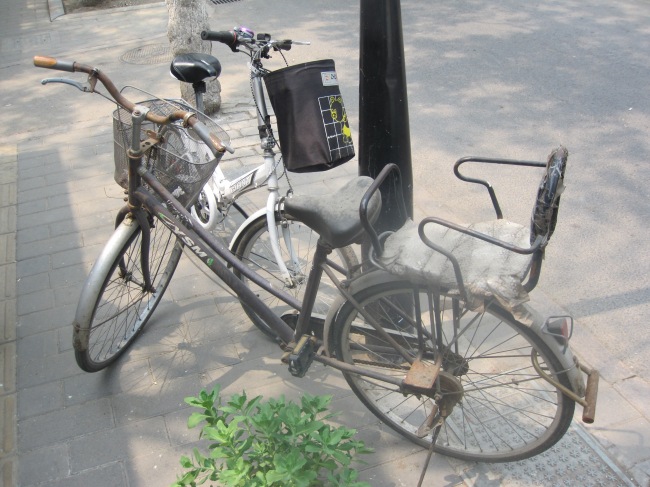 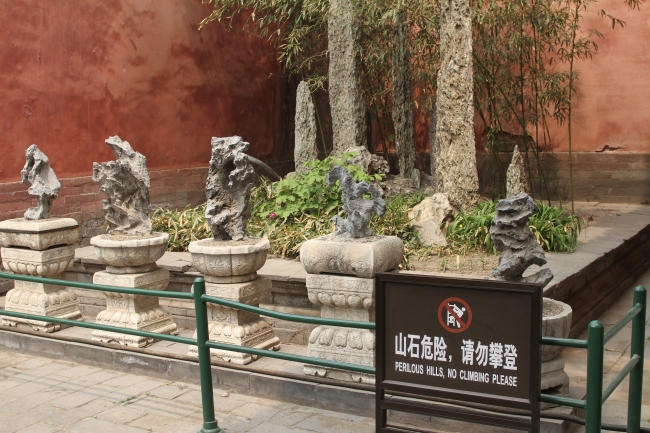 I tried to restrain myself from climbing the mountains…

Can you find the plain clothes policemen in Tienanmen Square? You actually have to be careful what you say or talk about here even as a western or you will be “escorted” out. 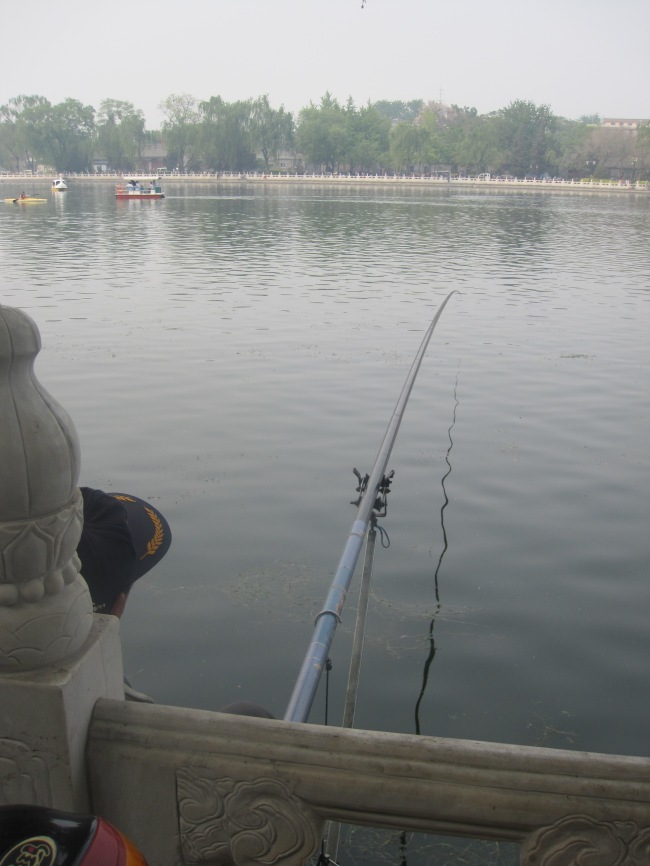 This is about a 30 foot long fishing pole.  I think he is compensating for something.

My dad is breaking rules in China…

I know this post doesn’t describe what we have done or had to eat.  This short version is we have seen a lot of temples and old buildings that have recently been redone. I will talk about the food later since I am off to bed (with some chemical induction)