Romania, where people wonder why you are walking instead of hitch hiking

Today was a day of meeting awesome people. I finished up seeing the sights in Sibiu and took a train to Brasov. There I grabbed a fast food fried pork sandwich with coleslaw and sat at the station near the only person with a backpack (somehow being around other backpackers takes away travel anxiety). I started with the very normal conversation starter, English? His response was “I am from NYC” which led to a nice long conversation before I go on my 9pm to 7am night train. 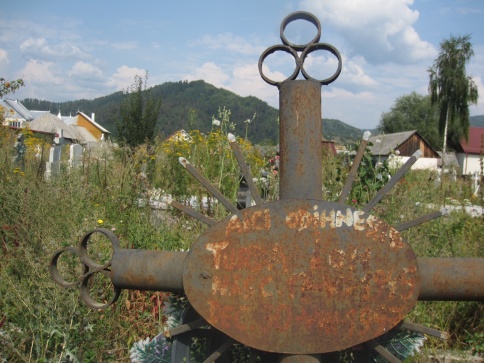 I had splurged on the train and spent $20 extra to sleep in a first class 2 person sleeper cabin. The train conductor tried to solicit a bribe to get a sleeper cabin to myself but I refused and still had a sleeper cabin to myself. After a nice quick 10 hour train ride when I was leaving the station I waited to see if there were any other backpackers and saw 2 and went up to them and led with my old stand by, English? I ended up grabbing hot chocolate with them at 7am and then went to a couple museums in Sighet. It then started to downpour and I hid under a tree for 30 minutes until I thought the rain had diminished enough that I would get less wet running to a church for shelter than staying under the tree. With my awesome packing skills my rain jacket was at the very bottom of my pack and I had planned on hitching and didn’t want to be soaked with a soaked pack. I probably read my book in the alcove of the church for 45 minutes until the rain stopped and I decided I wanted to go to a town about 30km north on my way to my final destination. I approached a cab who didn’t speak English and he said it would be 50 lei (15 usd) which is what I thought it should be. He then asked if I wanted to turn on the meter (all taxis have meters) and I said yes and from where we were to the church we were going the metered fare was 50.2 lei. He was not trying to rip me off when he sad 50L and when I tried to tip him he refused and smiled and kept on saying only 50 in Romanian. The thing is that the ride which he didn’t want a tip for put him in the middle of nowhere and he drove back without a fare. I always read about bad taxi experiences and mine have been way better than normal in Romania. 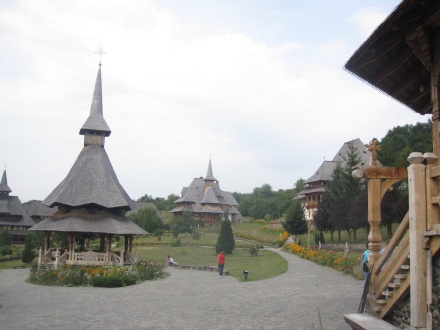 I was only halfway to my final destination after I visited the church so I wrote Seiu on a piece of paper and stood by the side of the road. I read that it is easy to hitch in Romania, especially Maramures where there is minimal public transportation and you give the driver about the same as the bus fair. The 10thish car stopped (maybe 8 minutes) and I said English and his response was that he lives in London. He and his wife are from Maramures and like most of the younger folks they leave once they finish school to work in other large cities outside Romania and save money to buy a car and build a large house back in Romania. He says that about 95% of them return to Maramures. He also said that living in Maramures was expensive but I think that was based only on the price of Red Bull which there must have been between 10-20 full and empty cans around his car. He then refused to except any money for the ride and let me off at my intersection. 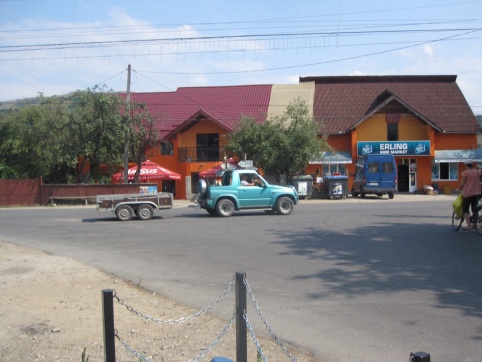 My first hitching ride in Romania

I then had conflicting information if Botiza was 5 or 10km down the street. I decided to start to walk to Botiza and after 30 minutes was stop by an elderly women on a bike and she asked where I was going and why I wasn’t taking a car (at least this is what I assumed she was asking with my 19 word Romanian vocabulary and hand signs). I assured here that I would walk until I got tired and then hitch which she thought was a splendid idea and smiled and got back on her 1982 single speed cruiser bike and continued peddling her way.

I walked about an hour then I decided I wanted a ride and the first car I did the Romanian hitching sign to screeched (literally) to a halt and I squeezed in the front seat. The driver spoke Italian, Romanian, and the same 19 words of Romanian that I know in English. We proceeded to have a conversation where I spoke in Spanish and English and he spoke in Romanian and Italian which was interesting to say the least. We got to Botiza and I thanked him and he wanted to know where I was staying and I gave him the address and he didn’t know where it was so he called them up and took me to their door. He refused any money and stayed at his car until I got in the gate and it closed.

When I got to my guest house/pension/bed and breakfast I was plied with copious amounts of home made pear brandy and then fed a 5 course meal with enough food for 4 people. First was fried dough that looks like half a pita with a sharp cheese, onion, and herbs inside. Then pickled peppers. Then a soup that had large wax beans and probably cheese and other items I it. Then a plate of BBQ pork, sausage, grilled BBQ pork fat, and potatoes. Then to finish it off was a very fluffy fried what they called polenta but it wasn’t but it is made from corn covered in cream with homemade jam on top.

Their English was better then “roms” would leave you to believe

Like Loading...
This entry was posted in EUROPE, Romania and tagged backpacking, Botiza, hitching, Maramures, Romania, sighet. Bookmark the permalink.