Hop on a bus and where will you end up?

Today I headed to Amman for a day trip.  I walked to the bus stop (which was taken over by pigeon, turkey!, and chicken sellers) and asked for the bus to the station I wanted to go to.  They told me to get on the bus that was leaving.  Then they told me to get off of that bus and onto another bus.  That bus then told me when to get off.  I had no idea where I was or what was going on, but everyone on the bus was looking out for the “white person”. To get back to Madaba I took a taxi in theory to the north bus station.  The driver tried to tell me that the bus was not running since it is Friday (their day of prayer and they only run 1/2 the buses) and to take the taxi there.  I said no.  He then pointed to a bus on the side of the road and said that it was to Madaba and let me out.  It wasn’t to Madaba and the ticket boy didn’t speak English, but pointed to another bus on the other side of the traffic circle.  At this point I figured I was on a wild goose chase and he just wanted to get rid of me so I went there and said “Madaba” and I got a bunch of head nods yes so I sat down and off we went.  It ended up saving me time and I really wasn’t worried because if I got too frustrated I could just get a cab and pay the $15 USD to get to town.

A couple minibuses.  Hop on and you might get where you are going? 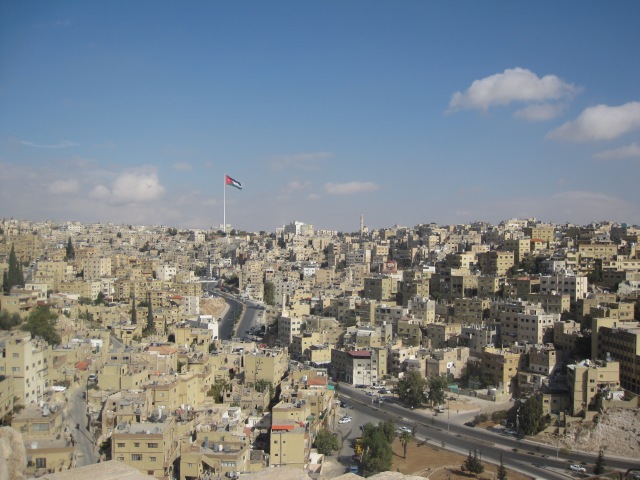 This is the highest flag pole in the world (126.5 meters, I read the sign).  This is a picture of Amman.  Jordan looks like a very dirty country.  I think this is because everything is made from concrete and is a shade of brown.  The ground is also mainly brown (dirt and rocks, not really sand here).  They do a good job in the streets of cleaning up the trash, but the country side is littered with bags.  There are also not public trash cans so everyone throws the trash in the street.

Some Roman ruins in the middle of the city, not super impressive.

I actually ate somewhere from the guidebook.  There was a line of locals to get a table and it was the best hummus/falafal that I have had. Yesterday I ate at a Lebanese place that was recommended to me by two people including someone who lives an hour away and takes the bus to eat there.  I went for a late lunch and had kofta.  It is a base of minced lamb mixed with herbs and then thinly sliced potatoes, peppers, and pine nuts on top with a sesame yogurtish sauce, it was the best thing I had to eat since I have been here.  I have been eating a lot of shwarma ($1usd) which is very different in Israel then in Jordan, falafel, and hummus (which comes with assorted things to dip in it including falafel).  Also I have been eating a ton of cucumber.

This is outside one of the main mosques in Amman after Friday afternoon prayer.  They cart in loads of cardboard as overflow for the men to kneel on.  You hear the call to prayer all of the time, but I have only twice seen people not in a mosque kneel with their prayer rug. 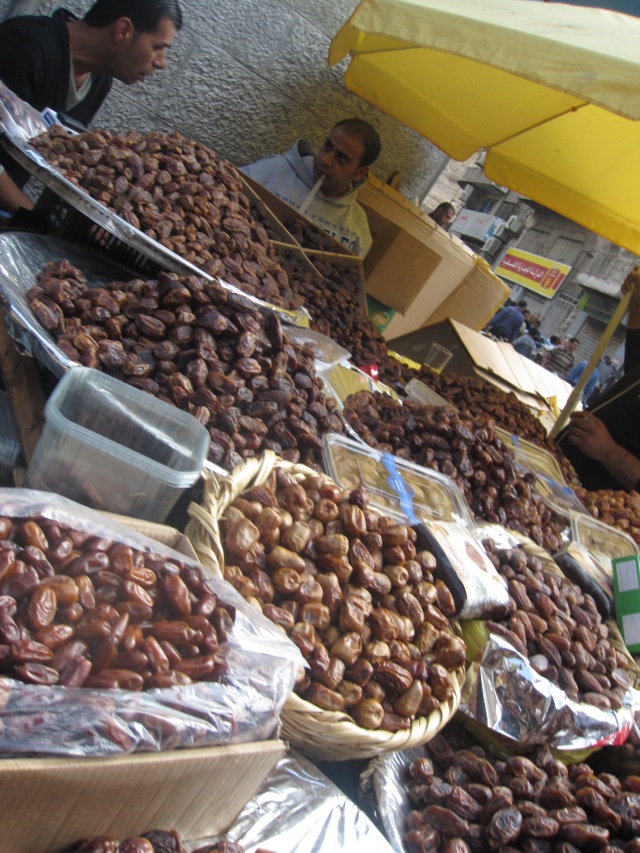 I had no idea that there were so many types of dates…. 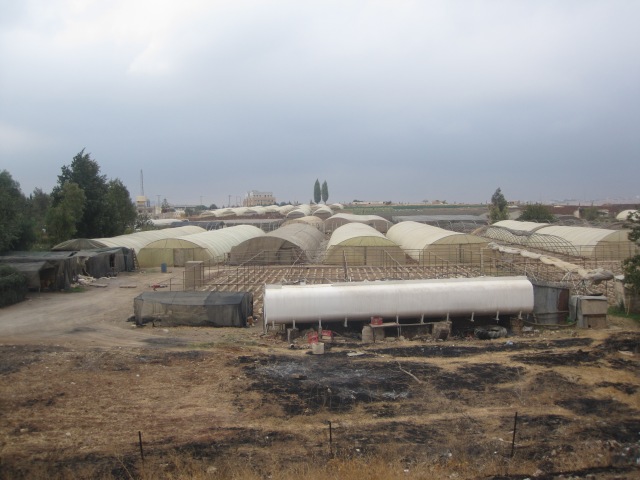 It is hard to see, but those are bricks that are drying in the sun.  An interesting thing about Jordan is that a ton of males smoke.  Marlboros cost about $1.80 USD a pack and there are cheaper brands.  It was explained to me that they can’t drink, look at women (unless they find tourists), or have sex (unless they are married) so the only thing they can do is smoke so they all smoke.  I have only been in one nonsmoking bus and the hotel I am at in Madaba is the only nonsmoking one I have stayed at in Jordan.  I think right now 3 of the 4 people in the internet cafe are smoking and I am told that it is common for doctors to smoke when they see you in the hospital/office.  Talking with a couple people they know that it is bad to smoke, but still do it.  The people that I have talked to that don’t smoke are very vocal about not smoking.

This building, “castle” (whatever you want to call it), is in the middle of nowhere.  It was not in a strategic location, on a trading route, or in a populated area so they really have no idea what it was used for.

This is a 700CE “hunting lodge”.  It actually had a bath with a sauna with incredibly complicated waterworks.  It was the building that was covered in paintings (from yesterday’s post).  It is kind of crazy seeing stuff that is 600-2000 years old.  Some of the stuff has been restored, other things are still standing. 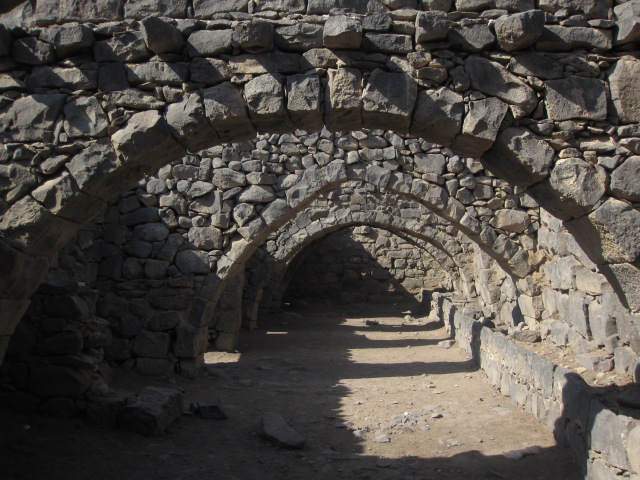 Lawrence of Arabia stayed in this fort, but he had a room with a roof while most of the “soldiers” slept here.

Other then the one taxi driver, the people of Jordan have been very friendly.  I stopped by a pharmacy and was talking to the person working and once they found out I was a pharmacist invited me behind the counter and I looked at everything for probably 15 minutes. It was pretty awesome.  You can get most of the medications in the US without an rx and they are pretty cheap.  A Ventolin inhaler is $5USD, a course of Augmentin is $10 USD, and some eye drops that cost $150+ is the US are less the\an $10 here.  It is crazy to see all of the price differences.