My last day day in Thailand I started with no real plan. I wanted to do a late checkout, 330pm, but they wanted a full nights fee to checkout that late (600b, 33=$1, nice place) so I decided not to do it. I remembered seeing a pork satay and boiled chicken place that was packed with no westerners being open at 6am so I headed out at 7:30am for some satay and chicken for breakfast.

I then headed across the street to a museum that was very well done about the history of Chiang Mai. After wandering around the museum for an hour I decided it was time for a Thai massage (read half torture, half good feeling, 200b). I then lathered up in sunscreen (I successfully avoided getting burnt) and went wandering to the east of the city. I spent a good deal of time in the market. The market was cool, but it didn’t really have anything on the market in Amman or a couple others that I have been to (Quinca, Pisac, Latacunga). The market was right near Chinatown so it was combined into a giant party which was nice. 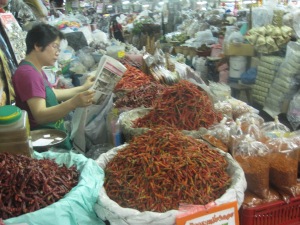 Want some ripped of DVDs

After I had my fill of the market I headed to the last fitting and to try on my suit. Success, but I don’t think I should wear sneakers with it. The suit was not cheap, but I think it is of decent quality. I got the 40% cashmere suit, an extra pair of 40% cashmere pants, a cheap pair of cotton/wool blend pants, and the highest quality shirt for about $350. I could have gotten it for a lot cheaper, but I went with a higher quality tailor who does everything in house and cannot turn a suit around in 4 hours. 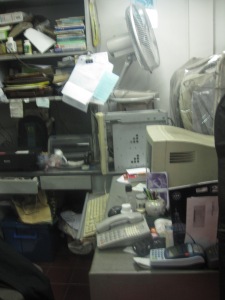 The “office” in the tailor shop

I then had a choice, a beer or another massage. I figured I should pick a massage over a shitty beer. I picked an hour foot massage (180b). I had gotten a couple of half an hour foot massages before (100b) and they were great. Wellllll little did I know in the hour ones they pull out this little wooden rod that might have been imported from Gitmo and it was not pleasant. She ended up stopping after 50 minutes which was fine by me and I headed over to my hotel to repack my bag and change into traveling clothes. 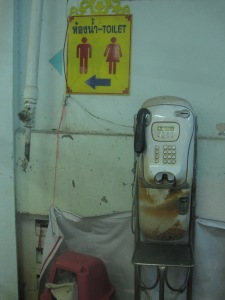 I grabbed a shared pickup truck with no one in it to take me to the airport. He quoted me a price of 100b without picking anyone else up. This was the fairest price I have been quoted the entire trip and even cheaper than a taxi so I hopped in. The drive which took 10 minutes from the airport took over 30 minutes with really bad traffic. I gave him a tip and headed in. Luck was with me and Thai Airlines said they could merge my two separate bookings into one, check my bag the entire way to Denver, and process me through customs in Chiang Mai, score.

I was scheduled to have a 10:25 layover in Japan from 7:30am to 5:55pm so I decided the only logical thing to do would be to go and Tokyo (60min, $41 round trip) to eat sushi. I got to Tokyo Station then transferred trains to go to the National Museum, which was really cool and well laid out. Some of the metalwork and artwork from before my time was amazing. While I was walking I laughed out loud and had a giant smile on my face on the thought that I started the day in Chiang Mai getting massages, am now strolling down a park in Tokyo (the only westerner around) on my way to eat sushi, and am going to end the day in Boulder watching the Super Bowl. I really am blessed that I have good health, a great family/friends, and can randomly travel and experience great things. 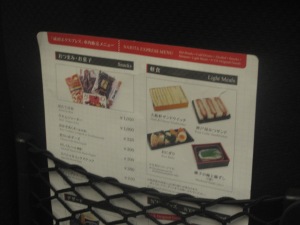 There was a service cart that you order food, including sushi, from on the train 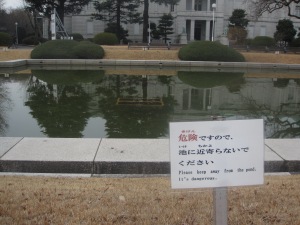 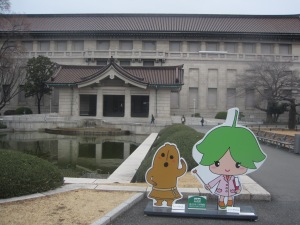 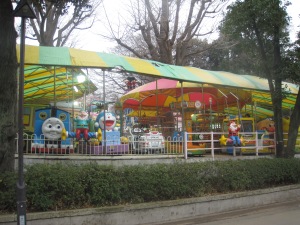 I managed to find an amusement park…

Riding bikes around the Imperial Palace 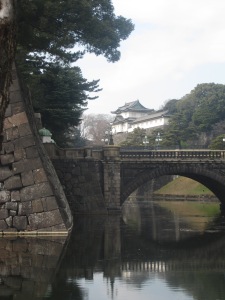 I never learn my lesson, and slept on the plane with my head on the tray table and got an upset stomach (it always happens when I sleep that way), but it cleared up halfway through the museum. I had googled and found the best sushi near Tokyo station. Little did I know that I was going to be eating in the Mitsubishi Building. Lunch cost $50 and it was freaking amazing. They give you one item at a time from a mystery menu. I think that I ended up with between 17 and 24 courses including 4 types of tuna, abalone, multiple types of sea urchin, and sea cucumber. I was the only person in the 12 person joint when I went in, but it was full when I left, stuffed. It was probably the only time I ate sushi that was semi dreading if they were going to bring more because I didn’t know if I could eat it. Overall lunch took 1.5 hours with the sushi chef bringing stuff out at his pace. 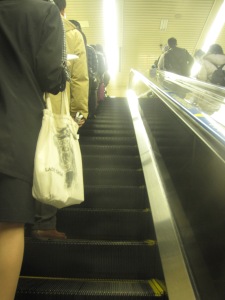 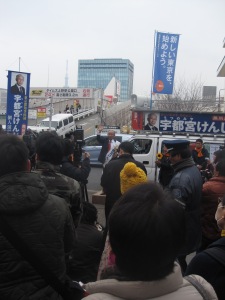 Political rally in Japan, not like the Bangkok ones…

Overall it was a great trip and I will add a couple more posts about people and food.