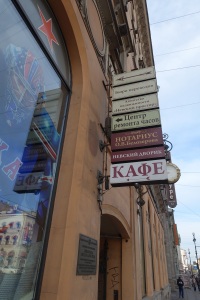 The bottom word is pronounced cafe

This morning I headed out for breakfast with hot chocolate and a croissant dipped in it in mind. The issue is that none of the places j have had breakfast at opened at 8. I picked the place I had a drink at last night, Biblioteka. I ended up with what closer to an American style hot chocolate, but it was still good. It was a dreary morning, around 34*, misting, and cloudy, the weather you think when you you think of Russia in March.
I then took a cab to the airport, which only took like 25 minutes, instead of the one plus hours I was told to expect. I got stamped out of Russia without an issue and now have 11 full pages and 9 empty ones with 6.5 years left on it.

Can you find Stockholm?

This was the only plane ride where the entire plane clapped when we landed. Did they know something that I didn’t?

I was at my hostel less than an hour after my plane landed. I then went to go to the Vasa Museum which is a warship built in 16??, that capsized 1km into its maiden voyage and in the 50s was raised, basically intact. It is a pretty impressive ship and with my limited time in Stockholm, the main thing I wanted to see. I was in a slightly grumpy mood by the time I got there because I couldn’t find a place to buy a public transit ticket until I was halfway there (most people get tickets via text message, not paper ones). I also stopped by the liquor store to see if they have mini bottles and while there I think a guy accused me of stealing and had me empty my pockets, it irritated me.

Bikes!!!! SPB had a few bikes, but I don’t think it is the safest city for riding them

You have to pay for most bathrooms in Stockholm. That means if you see a free one try to use it

I then walked around old town, but still wasn’t in the best of mood. My nose has been running nonstop for the past two days and just Sudafed wasn’t working so I took a Benadryl too and I think it made me drowsiest than I anticipated. I finally found a beer bar and on my second attempt going in a chair. A few beers and dinner cost me more than my three most expensive dinners in Russia combined. When I got back to the hostel it was a pretty hopping place, but I was tired and not feeling super social so I packed my bag and accidentally fell asleep around 930. I was staying in a four bed dorm and it was nice that two of the girls were already internetting in their bunks too. I did not have the most restful night sleep because I kept waking up to check what time it was to make sure I didn’t over sleep… Overall it wasn’t the best day in Stockholm, but Stockholm is a pretty cool city, just really expensive if you want to do anything. 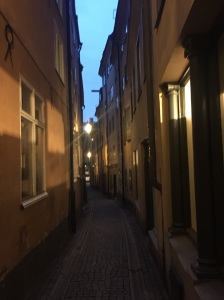 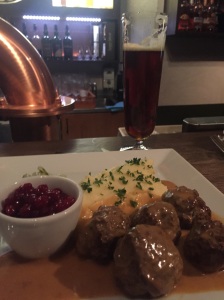 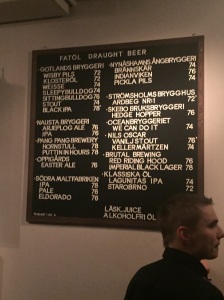 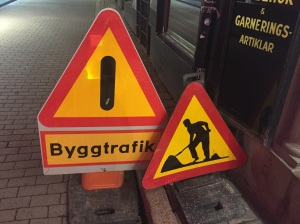 Notice the amount of detail in the picture of the worker