It Snows in Morocco

We departed Fes to start a four day tour ending in the mountains outside of Marrakesh in a haphazard manner. My email communication with the guide we hired, Rachid, said 9am. Someone from the riad we stayed at knocked at our door at 745 with Rachid on the phone wanting to know where we were. We ate some breakfast and met him at 830, Katy needed her coffee.

We booked a trip through Rachid to take us from Fes to Imlil, a village near Marrakesh via the desert over 4 days. We were pleasantly surprised to have Rachid the owner of the country actually be our tour guide and his brother Mohammad our driver.

Ifrane, a mountain town that looks like a European town

A couple things about cars and traffic rules in Morocco. Honking gives you the right of way and says to the other person move out of the way. The larger vehicle also has the right of way. Cyclists have zero right of way if someone honks they have to go off the road into the gravel. There are no shoulders. Abrupt edge describes most of the sides of the roads. Most of the time the traffic cops will give you 5% leeway on the speed limit. Bribing the cops is expectable and expected. There are a lot of police checkpoints, they pull over people who look shady. The centerline is a mere suggestion, if there is no traffic most people just drive down the center of the road. It takes way longer to get places since they don’t really believe in wide or straight enough roads to warrant a high speed limit.

It was great having Rachid who spoke English really well to ask all of the questions that have been building up over the past few days from what a fruit was (prickly pear) to taxes to street cleaning procedures.

A small Berber village in the Atlas Mountains

The first day mainly involved driving with a couple minor stops to the desert where we were promptly escorted onto camels for a 60ish minute sunset ride to out desert camp. Since a storm was brewing the sunset was actually really good. The camel ride was great for the first 14 minutes but after that the novelty kind of wore off. We spent the night in a very large sand dune area which is one of three main dune areas tourists in Morocco go to. We shared the camp which had some lights powered by solar panels (when I was in the desert in Jordan it was all candle/lantern powered) with a group of three.

We saw a couple people’s kitted out riding bikes

Katy and I managed to wake up and get out of bed in the cold desert to trudge up a dune to watch sunrise. Sunset was better and warmer… We then hopped back on our camels, mounting and dismounting camels is very amusing since they sit down for that and stand up with hind legs first and then their front legs creating some unique jerks and angles, and ride back to the non sand dune area in the warm morning light. 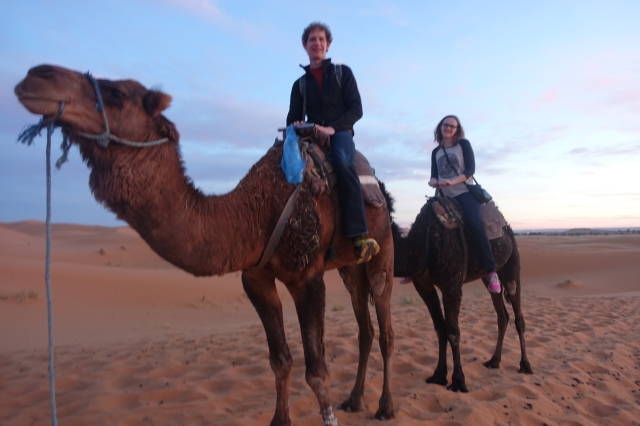 We had a “quick” shower and some breakfast and headed in the car through some oasis to Todra Gorge. The wind had really started to pick up at during the drive, creating some sandy windstorm characteristics and some dust devils. During our walk through the gorge the wind picked up and at one point was blowing so hard that it was carrying large chunks of stuff that actually hurt when they hit you. We quickly exited the gorge and got in the car to head to the next gorge, Dades Gorge. 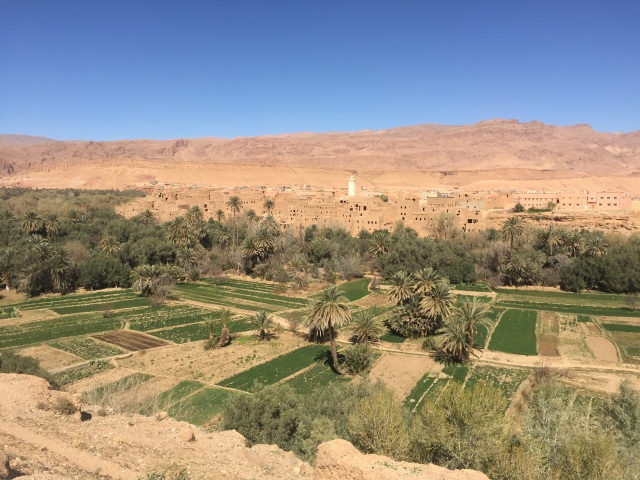 Dades Gorge was not as overtly windy, but it was windy enough that during dinner power was knocked out for the rest of the night. That meant the hotel resorted to candles in the hallways and at dinner. We were given a candle lantern to take into our room and I was given a candle to go to the bathroom with. After dinner we had some whiskey and coke and played settlers via lantern.

He next morning we woke up to snow out side and had a couple hour hike planned. We went to do our scheduled walk and the look on Katy’s face when she found out we had to take our shoes off to walk through the “river” while it was snowing out was enough to decide we should do plan b and walk along the canyon instead of up it. We did discover that the wind was at times 60mph the day before and I believe it. 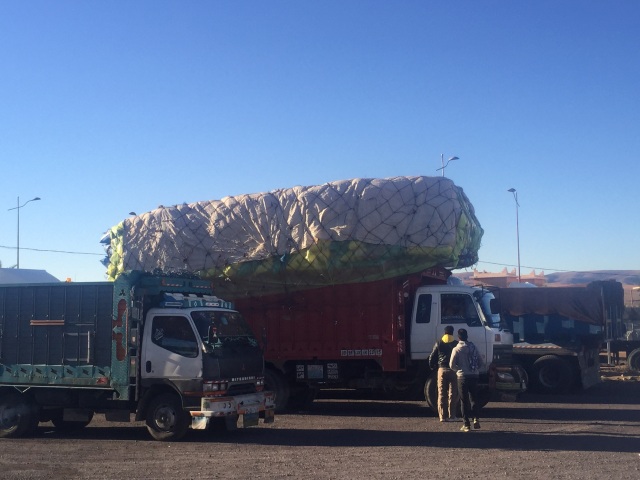 A truck waiting for the pass to open 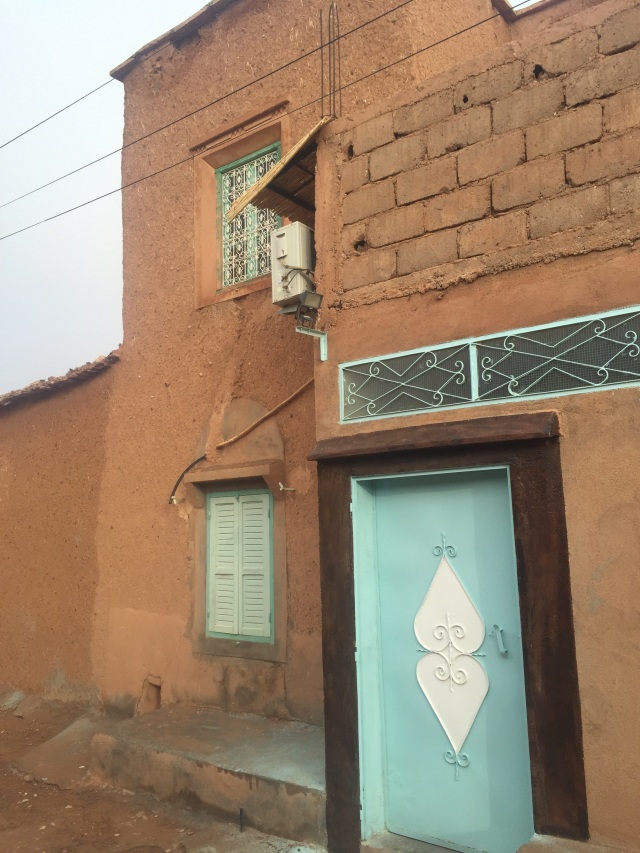 We learned that he groups that went to the desert that night had to have 4 wheel drive vehicles pick them up and take them back to hotels since the wind was so high. We stopped at a kabash (big fortified mud brick home) and then headed to a UNESCO kabash, Ait Ben Haddou. 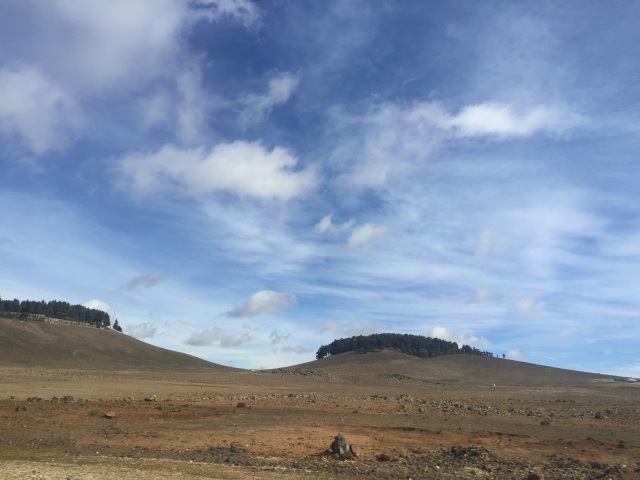 Ait Ben Haddou was pretty cool and the site that several movies including gladiator was filmed at. During dinner we were briefed on the plan for the next day and it depended on the amount of snow. We have to go over the highest mountain pass (~8000 feet) to get to Marrakesh/Imlil and had been closed all of today because of the snow. Unfortunately in the morning the pass was closed with speculation that it would open at 4pm, but nobody certain.

We decided to go the long way around and try a small pass that is not as high called Tizi Test. Unfortunately this meant that we were going to skip one of the sites that I really wanted to see and had added special to the tour, but life happens. We were able to make it over the second pass which was slushy at times and finally made it Imlil around 4pm

The town of Imlil