Taipei: The Land of Rain 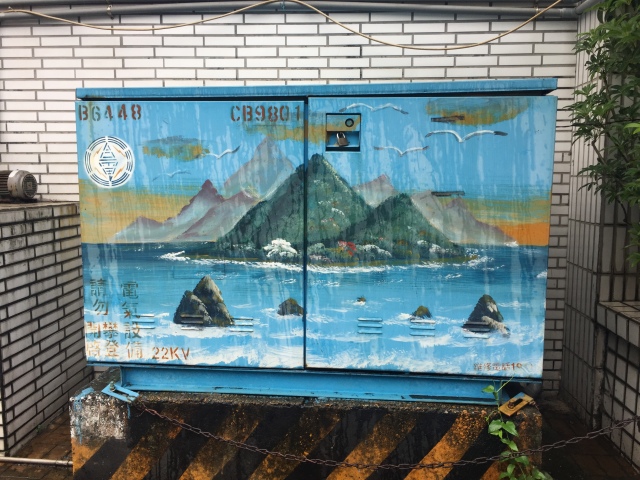 A random electric box in Taipei

Day number 2 started surprisingly well. I had forgotten to take a sleeping pill to night before and still got 7h of sleep which is not typical of my (ask Katy about sleeping in Korea). I rallied and was out the door around 8am heading to an area that had some older architecture. Older is very relative since a lot of the city is newer (destroyed in WWII and modernization). I did bring a backpack with me today, which I really really don’t like to do. A backpack makes me feel more like a stereotypical American tourist and is uncomfortable/obtrusive). I was 4/5ths the way to the subway station when it started to rain and I was even thinking positive thoughts.

Breakfast #1, hot sticky rice pounded flat with meat, onion, spices, fried something for crunch, dried flaked sweet beef (not my favorite) added and then rolled up into a rice bun 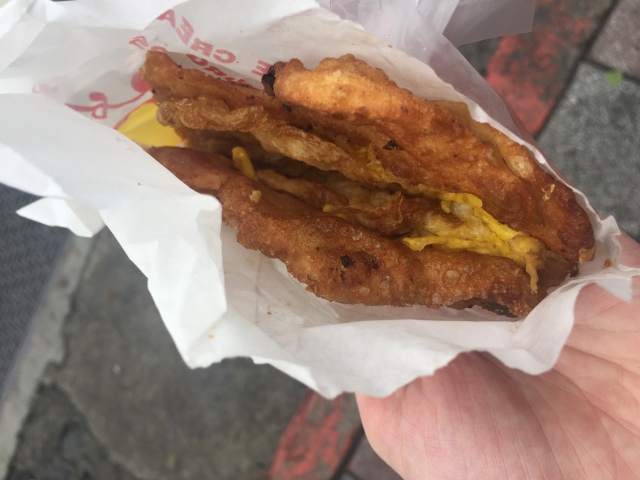 I walked through that area and then went to a tea store. One thing that is different than mainland China is that the prices are set and there is not bargaining. I proceed to spend about an hour chatting with the tea guy and buying 3.5+ lbs of tea (which to Katy’s respond was where is it going to fit, I think that is a hint a bike might need to be moved). Luckily I decided to bring to a backpack since I was anticipating rain and almost filled it with tea. I really don’t like traveling with a backpack, it makes me feel like a stereotypical American tourist and they are uncomfortable. I guess I am not going to blend in no matter what I do since I haven’t seen a person taller than me yet. 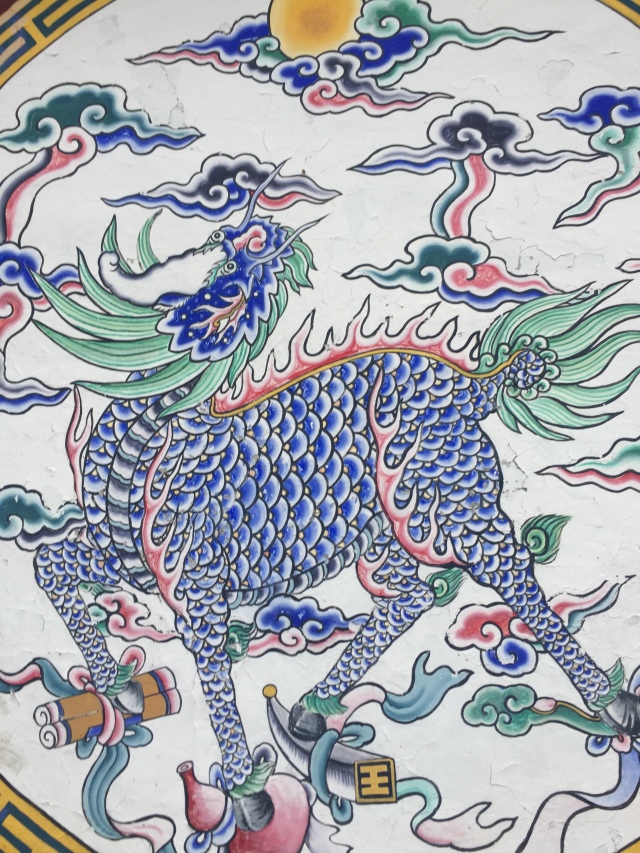 This is a Chinese unicorn. I think we have different opinions on what a unicorn is.

I then went to a temple complex that had very friendly staff and it started to rain for real. It was the heaviest/most rain in over 20 years. Many parts of the city got over 20 inches of rain. It started to rain heavy at 9am and continued until I went to bed.

Detour aside I went beck to the subway and took it to the stop for the National Palace Museum. I hopped on the right bus and successfully got to the museum. When Chiang fled mainland China he had a lot of their relics shipped to Taiwan and they are displayed here.

Near the end I was getting hungry and thirsty so I decided to go to a fish market. I was so hungry I first got a Calpis and 6 piece sushi for 5USD and that took some of the edge off. I then went to the sushi bar proper where you order ahead of time and then you are called in. It is standing room only and I had some fancy tuna.

5USD. About three times as thick as US takeaway sushi

The 6 are tuna. The ones in the back are the fancy ones.

After exploring a fruit market I called an Uber, benefits of having wifi while it is raining 20 inches, and went to the Shilin Night Market. I was looking for gloshes. I never found them. This place is the busiest tourist night market and it was empty. I guess rain does that. 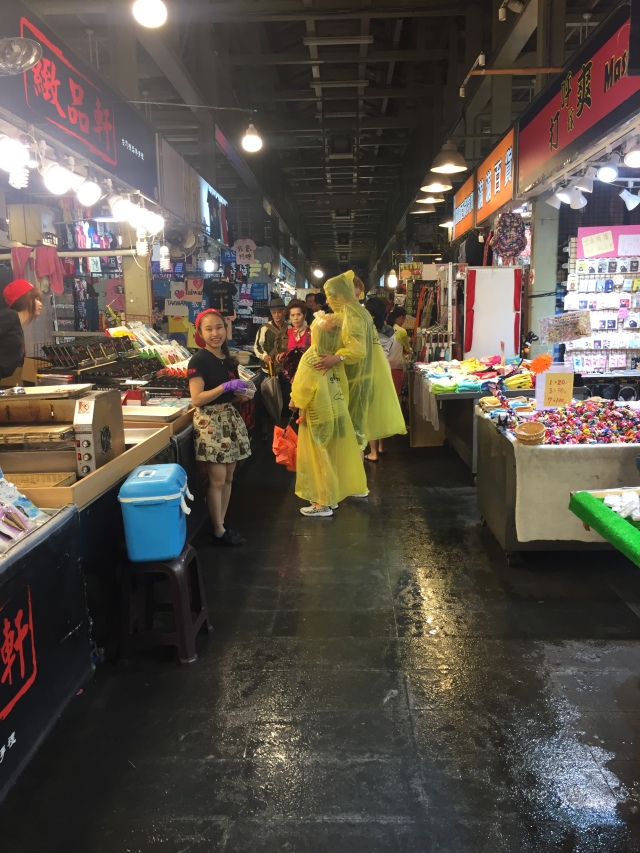 I did not do a good job hydrating today and got thirsty again and ended up at a chain, LATTEA, and I ordered the name sake drink. I had no idea if I was getting coffee or tea. I ended up with what I first thought was butter beer. It has the same toffee flavored stick to your lips cream that butter beer has. I did later discover that it was on top of green tea.

I wandered around some more and found a food court in the basement. The vendors were pushy and annoying, something that is not normal for Taiwan. Overall the lack of crowds, not being able to find galoshes, the mediocre food, and a little rain made this my least favorite market I went to.

After stopping by my place to dry off a touch I went to two beer bars and had a couple Taiwanese birthday beers. I called it a night with a steamed bun on my walk home. This has been published without proof reading before my flight